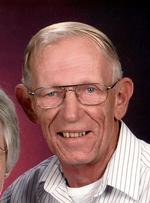 Gary J. McMullen, 65, of New Windsor, IL, died Saturday, November 24, 2012 at his home. Graveside services are 11 a.m., Tuesday, November 27, 2012 at the New Windsor Cemetery. There is no visitation. Friends may greet the family at a luncheon in the CE Building at the New Windsor Presbyterian Church following the burial. Memorials may be left to the New Windsor Fire Department or the American Lung Association. Online condolences can be made at www.petersonwallinknoxfuneralhome.com.

Gary owned and operated Gary McMullen Trucking Company for over 10 years and later worked for Mack Trucking, retiring in 2008.


Christian Cross
Christian Symbol
Presbyterian Church USA
The insignias listed here may be subject to copyright and / or trademarked. Those copyrights and trademarks are owned by the respective organizations.

To send flowers to the family in memory of Gary McMullen, please visit our flower store.