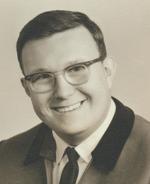 Gary M. Malone, age 70 of Oquawka, IL, formerly of Aledo, died Friday August 28 in his home. Graveside and military services are 11:00 am Thursday September 3, 2015 in the Aledo Cemetery with visitation one hour prior to services at the Fippinger Funeral Home in Aledo. A memorial fund will be established and online condolences can be made at www.fippingerfuneralhome.com.

Gary was born July 8, 1945 in Davenport, Iowa to Edwin and Theo Soenksen Malone. He graduated from Aledo High School in 1965 and served in the U.S. Air Force. He married Linda Morrissey May 2, 1970 in Aledo.

Gary worked for Canadian Entrepreneur and sports owner, Jack Kent Cooke and later was employed in the sales/liquidation industry.

He is survived by one son, Jim Malone of Oquawka, IL, twin grand daughters, Kirstie and Kayla Malone of Peoria, a sister, Shirley Ann Malone of Ottawa, IL, a brother, Norman Malone of Bettendorf, IA and several nieces and nephews.

He was proceeded in death by his parents and 3 brothers, Edwin Jr, Robert, and Terry.


Air Force
The insignias listed here may be subject to copyright and / or trademarked. Those copyrights and trademarks are owned by the respective organizations.

To send flowers to the family in memory of Gary Malone, please visit our flower store.