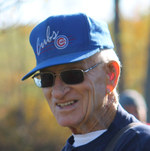 Frederick Kernan, 82, of Aledo, Illinois, died Monday, January 4, 2016 at home. Services are 10:30 AM Friday January 8, 2016 at Fippinger Funeral Home in Aledo. Burial is in the Aledo Cemetery where graveside military services will be conducted. Visitation is 4 - 7 PM Thursday at Fippinger's where memorials may be left to the Antioch Baptist Church or the Mercer County Food Pantry. Online condolences can be made at www.fippingerfuneralhome.com.

Fred farmed for many years in the Marston and Buffalo Prairie area. He was employed at Collinson Stone Co. in Milan for several years. He and his wife moved to Aledo in 1989. He was then employed at Walmart in Aledo for 13 years.

He was a member of the Antioch Baptist Church, Mercer County VFW Post 1571 and American Legion Fallerans Post 121. He enjoyed golfing, bowling, playing cards, fishing and being with his family.


American Legion
Army
Army
Baptist Church
VFW
The insignias listed here may be subject to copyright and / or trademarked. Those copyrights and trademarks are owned by the respective organizations.

To send flowers to the family in memory of Frederick Kernan, please visit our flower store.