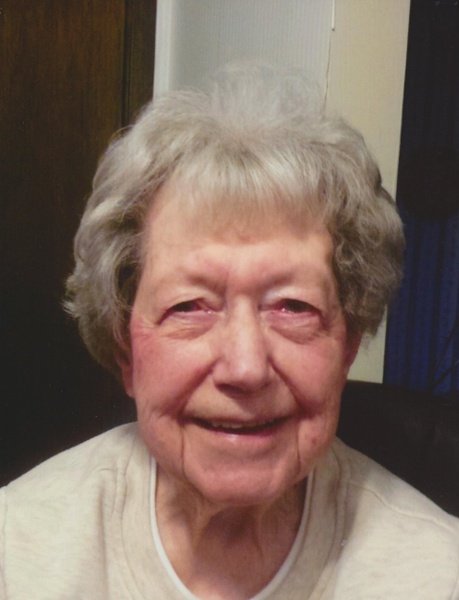 Frances L. Harrison, 91 of Aledo, IL died Wednesday, June 27, 2018 at Genesis Senior Living in Aledo. Graveside Services are 10:00 a.m. Saturday, June 30, 2018 at the Alexis Cemetery. There is no visitation. Fippinger Funeral Home in Aledo is in charge of arrangements. Memorials may be left to Shriners Hospitals for Children and left at the Fippinger Funeral Home in Aledo. Online condolences can be made at www.fippingerfuneralhome.com.

She was born September 20, 1926 in rural Alexis, IL to Chester and Orpha Johnson Peterson. She graduated from Seaton High School in 1944. Frances married Thomas Harrison February 14, 1947 in Aledo, IL.

Frances was employed briefly at the former L and G Food Store in Aledo. She was then employed at the Mercer County Farm Bureau for five years and the State Bank of Seaton in various capacities for 30 years. She also prepared many income tax returns for area residents and estates.

She was a member of the Seaton Presbyterian Church, having served as an elder and Sunday School teacher. Frances also assisted with the Clerk of Sessions records and reports.

Frances enjoyed playing cards, working with her computer, collecting glassware and pretty dishes, taking short trips, but most of all being with her family.

She was preceded in death by her parents; one sister: Betty Unsworth; brothers-in-law: Floyd McCaw, James Unsworth and Jim Reynolds.

To send flowers to the family in memory of Frances Harrison, please visit our flower store.