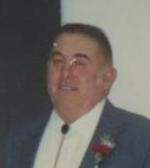 Graveside services will be 11:00AM Monday December 14, 2015 at Candor Cemetery - rural Seaton. A time of viewing will be held 10:00AM to 10:30AM, Monday prior to graveside services, at Fippinger Funeral Home - Aledo. Memorials may be made to Trinity Presbyterian Church in Aledo. Online condolences may be left at www.fippingerfuneralhome.com.

Tim was born September 19, 1935 at the family farm in rural Seaton, a son of Robert and Bessie Olive (Finley) Greer. He attended local country schools, and graduated from Aledo High School. He married Nancy Perkins on September 20, 1956, and later married Patricia (Griffith) Linboom, November 27, 1996 in Aledo.

He worked at Harney-Morgan IH Dealership in Aledo for 29 years, and then the Mercer County Highway Department for 19 years, until retiring in 2005.

Mr. Greer is survived by his wife Pat, of Aledo, one daughter: Teresa Lynn (Brian) Weeks of Springfield, MO; one son: Michael (Caroline) Greer of Tacoma, WA; Tim was a friend of and is additionally survived by three stepchildren: Job (Melissa) Linboom of Morton, IL, Sarah Jackson of Davenport, IA, and Kate Linboom of Aledo; 14 grandchildren, several great-grandchildren, nieces and nephews; and his mother-in-law, Betty Griffith of Aledo. Tim was proud to have helped raise his grandson, Aniki Joachim.

He was preceded in death by his parents, 2 brothers, 1 sister and 2 sister-in-laws.


Aledo Illinois Fire Department
Masonic Lodge
The insignias listed here may be subject to copyright and / or trademarked. Those copyrights and trademarks are owned by the respective organizations.

To send flowers to the family in memory of Forrest Greer, please visit our flower store.