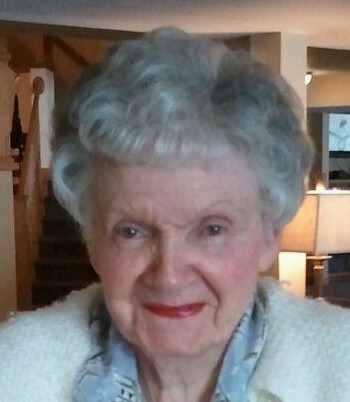 Ethel L. Green, 96 of New Windsor, IL died Friday, January 26, 2018 at Aledo Health and Rehabilitation in Aledo. Cremation has been accorded. Private family interment will be in the Farlow Grove Cemetery in Matherville. A Celebration of Life is 5-7 p.m. Tuesday January 30, 2018 at Fippinger Funeral Home in Aledo. Memorials may be made to Farlow Grove Cemetery and online condolences can be made at www.fippingerfuneralhome.com.

She was born October 7, 1921 in Albia, Iowa to Evan and Sarah Williams Sackfield. Ethel graduated from Matherville High School and attended beauty school in the Quad Cities.

Ethel was a hairdresser for many years, retiring from the Mercer County Nursing Home in 1993.

She enjoyed reading, playing cards, bingo and especially being with her family.

Ethel was preceded in death by her parents; husband; four sisters and four brothers.

To send flowers to the family in memory of Ethel Green, please visit our flower store.
Open