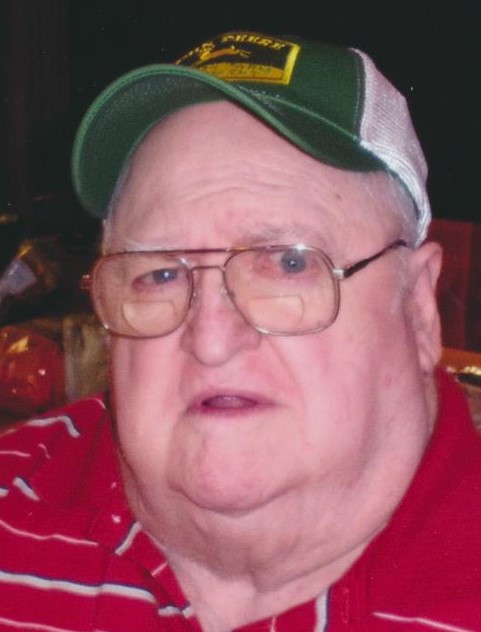 Ethan W. Allen Jr., 83, of Aledo, Il, formerly of Matherville, died Friday December 23, 2016 at Genesis Senior Living in Aledo. Graveside Services are 11:00 Am Thursday December 29, 2016 at Farlow Grove Cemetery in Matherville, Il. Military Rites will be conducted. Visitation is from 4 – 7 PM Wednesday at the Fippinger Funeral Home in Aledo. A Rosary will be recited at 3:30 PM prior to visitation. A memorial fund will be established and online condolences can be made at www.fippingerfuneralhome.com
He was born March 30, 1933 in Shoshoni, WY to Ethan Sr. and Lillian Nupp Allen. Ethan attended UTHS in East Moline, Il. He was a U.S. Army Veteran serving from 1953-1955. On April 27, 1956 he was united in marriage to Virginia A. Lampson in Cambridge, Il. She died October20, 2001. Ethan was employed at the Collinson Quarry in Milan, Illinois and worked at Farmall in Rock Island from 1963 to 1984. He was later employed as a truck driver for Munson Transportation in Monmouth, Il retiring in 1995.
His memberships include the St. Catherine’s Catholic Church in Aledo and he was a Fireman for the Matherville Fire Dept. for many years. He enjoyed fishing, hunting reading and bowling.
Survivors include 2 daughters, Elaine (David) Thompson of Aledo, Il, Rita (Bob) McNamara of Wilton, Ia, 1 son Michael Allen of Iowa , 8 grandchildren Josiff, Christopher, Ashleigh, Chelsea, Adam, Melissa, Kevin and Mara, 9 great grandchildren, Briley, Maggie, Norah, Devon, Keegan, Axle, Madison, Zane and Mitchell. 1 sister, Billie (Donald) Lind of Dubois, WY and a niece Debora.
His parents, wife, 1 daughter Diane and a grandson Eric preceded him in death.

Click to download / open
To send flowers to the family in memory of Ethan Allen Jr., please visit our flower store.