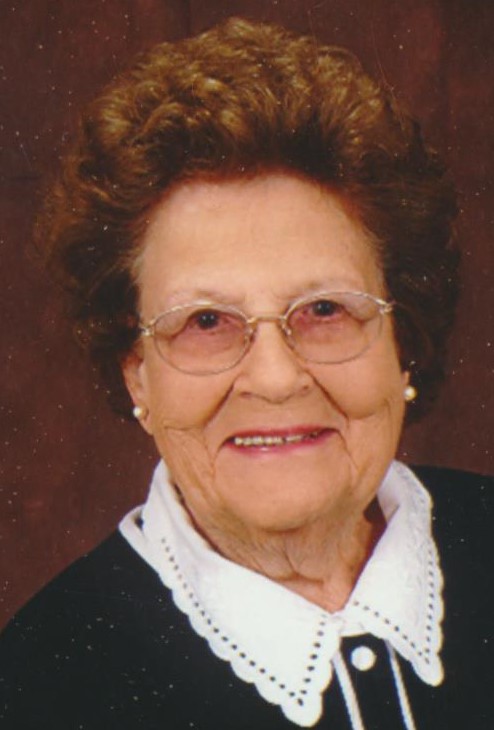 E. Lucile McHard, 99, of Hattiesburg, Mississippi, formerly of Aledo, IL died Friday, May 5, 2017 in Hattiesburg, Mississippi. Private services will be in the Aledo Cemetery. There is no visitation and a memorial fund will be established. Fippinger Funeral Home in Aledo is in charge of arrangements and online condolences may be left at www.fippingerfuneralhome.com.

She was born at home in New Boston, IL on May 6, 1917 and welcomed by two older brothers, Lloyd and John Herschel Stevens. Her mother, May, said God knew best that she needed a daughter. Lucile attended Augustana College and became a teacher in a one-room schoolhouse in Perryton until one day in walked William Doak McHard in a white suit with his father, who was the school superintendent. Emma Lucile Stevens and William Doak McHard married on April 18, 1939.

Lucile taught third and fourth graders at Perryton until she moved to Aledo to teach third grade at Apollo Elementary until 1987.

She was a wonderful, loving mother and best friend who dearly loved her children and grandchildren. Lucile grew the sweetest roses and lovingly cooked and baked for her family. She was a longtime member of College Avenue Presbyterian Church in Aledo.

She enjoyed traveling, including cruising the Caribbean, fall foliage trips to Wisconsin, tulip trips to Pella, Walt Disney World, New Orleans, Hattiesburg, Mississippi, or Las Vegas for Christmas and a retirement trip to Hawaii. She moved to Hattiesburg on February 14, 2014, to live closer to her son and grandchildren.

Linda Kay McHard of Iowa City, Iowa and one son, Sam (Erica) McHard of Hattiesburg, Mississippi are saddened by the loss of their dear mother and grandmother to Sam’s children: Will, Jon, and Emma.

Her parents, husband, and two brothers preceded her in death.

To send flowers to the family in memory of E. Lucile McHard, please visit our flower store.