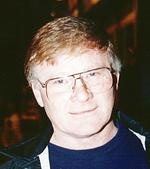 Edwin L. Doss, 70, of Keithsburg, IL passed away Monday, February 13, 2012 at Mercer County Hospital in Aledo. Funeral services are 1:00 PM, Friday, February 17, 2012 at the First Christian Church in Keithsburg. Burial is in Greenmound Cemetery. Visitation is 4-7 PM Thursday at the church where memorials may be left to the Keithsburg Fire Department or the family. Fippinger Funeral Home is in charge of arrangements and on-line condolences may be made at www.fippingerfuneralhome.com.

He was born October 23, 1941 in Millersburg, IL, a son of Alvin and Margaret (Fesseden) Doss. He attended Millersburg and Westmer Schools and graduated from Yorkwood High School. He married Connie K. Swank June 11, 1960 in Keithsburg. She died February 26, 1981. He later married Erma Campbell September 14, 1984 in Keithsburg.

Edwin was employed at John Deere Plow/Planter for 31 years, retiring in 1994. He also owned and operated Doss Manufacturing which was a saw mill where he designed and manufactured wood products for John Deere Cannon Bronze.

He was a member of First Christian Church in Keithsburg and a former volunteer for the Keithsburg Fire Department and Ambulance Service. He enjoyed fixing things, hunting, fishing, skiing, vacationing and spending time with his family and friends.

He was preceded in death by his parents, wife, Connie, a sister and brother-in-law Beverly and Joe Luxmore and two brothers: Sonny and Bill Doss.


Christian Cross
John Deere
The insignias listed here may be subject to copyright and / or trademarked. Those copyrights and trademarks are owned by the respective organizations.

To send flowers to the family in memory of Edwin Doss, please visit our flower store.