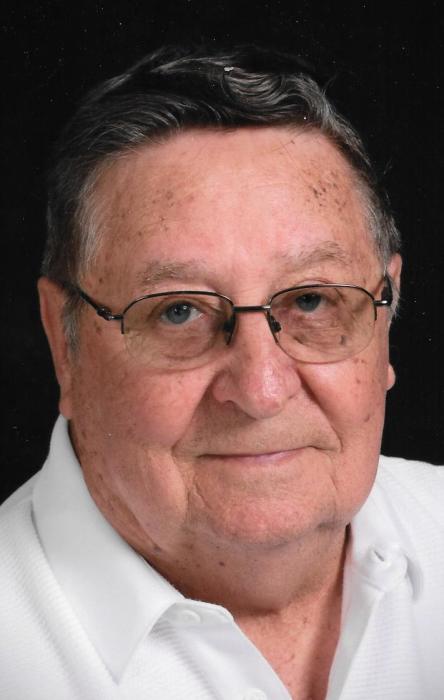 Edward A. Van Getson III, age 88, of Woodhull, IL. Died Friday February 17, 2017 at OSF St. Mary’s Medical Center in Galesburg, IL.  Mass of Christian Burial is 10:00 AM Tuesday February 21, 2017 at St. John’s Catholic Church in Woodhull.  Burial is in the St. John’s Catholic Cemetery where military rites will be conducted.  Visitation is from 4-7 PM Monday at St. John’s Catholic Church where a Rosary will be recited at 3:30 PM prior to visitation.  A memorial fund will be established.  Peterson Wallin Knox is in charge of arrangements and online condolences can be made at www.petersonwallinknox.com

On June 20, 1953 he was united in marriage to Jeane Keene at St. Ambrose Catholic Church in Milan, IL.

After school, Ed opened his own plumbing, heating and electrical business in Woodhull before enlisting in the U.S. Navy where he served for 4 years during the Korean War.  He returned to Woodhull where he operated Van Getson Plumbing Heating and Electrical Company retiring in 1982.

He was a member of the Rock Island VFW Post # 1303 and served on the AlWood Food Pantry Board of Directors.    Ed enjoyed flying airplanes, boating and being with his family.

His parents, and 1 brother Leonard preceded him in death

To send flowers to the family in memory of Edward Van Getson, please visit our flower store.