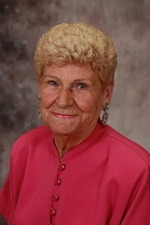 Edna H. McCreight, 86, of Aledo, IL died Monday, November 30, 2015 at Genesis Medical Center in Aledo. A celebration of life will be 4-9 p.m. Saturday, May 14, 2016 at the Oakview Country Club in Aledo. Services by the VFW Auxiliary are at 4:30 p.m. Memorials may be left to the Mercer County VFW Auxiliary or the Oak View Country Club. Fippinger Funeral Home in Aledo is in charge of arrangements and online condolences can be made at www.fippingerfuneralhome.com.

Edna owned and operated McCreight's Dress Shop in Aledo for 25 years, retiring in 1999. She was a hostess at the Moon River Supper Club in Andalusia for nine years.

She was a member of the Mercer County VFW Post 1571 Auxiliary and Oak View Country Club. Edna enjoyed playing cards, golfing and spending time with her friends.

Edna was preceded in death by her parents, husband and one sister, Wauneta McNall.


VFW Auxiliary
The insignias listed here may be subject to copyright and / or trademarked. Those copyrights and trademarks are owned by the respective organizations.

To send flowers to the family in memory of Edna McCreight, please visit our flower store.