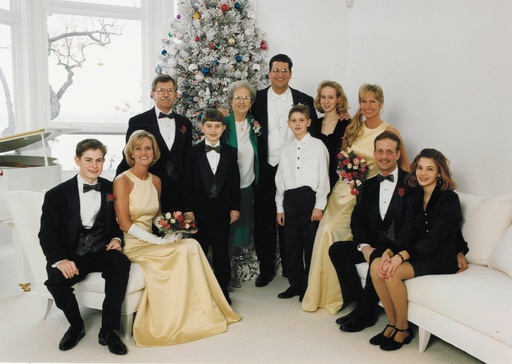 Douglas D. Skallberg age 87 of New Windsor, Il died Sunday July 17, 2016 at the Heartland Healthcare Center, Galesburg. Services are 11:30 a.m. Thursday, July21, 2016 at the New Windsor Presbyterian Church. Burial is in Oak Lawn Cemetery, Galesburg. Visitation is from 10:00 a.m. until time of service Thursday at the church. In lieu of flowers, memorials may be left to the New Windsor Presbyterian Church. Online condolences can be made at www.petersonwallinknox.com.
He was born February 13, 1929 in Rural Lynn Center, Illinois to Joubert and Martha Falline Skallberg. He attended the country schools and received his GED from the Chicago school system.
He married Erma J. Kling February 20, 1946 in Kahoka, Mo.
Douglas worked at a young age for McCrery Motors in Galesburg. He then worked at International Harvester in East Moline before becoming employed at the Michigan/Wisconsin Pipeline in New Windsor where he retired as foreman in 1989 after 38 years of service. Doug also assisted his wife in the operation of the New Windsor Café and was the Water Superintendent in New Windsor for many years.
He was a member of the New Windsor Presbyterian Church where he served on the Session and was a 50 year member of the Rio Masonic Lodge # 685.
Doug enjoyed woodcrafting and being with his family.
Survivors include his wife of 70 years, Erma, three daughters; Barbara (Doug) Creek of Alpha, Jacqueline (John) Carlson of New Windsor, and Terri (Gary) Unsworth of Seaton, IL. 7 Grandchildren, 3 Great Grandchildren and 4 Nephews.
He was preceded in death by his parents; one grandson and one sister.

Masonic Lodge
Presbyterian Church USA
The insignias listed here may be subject to copyright and / or trademarked. Those copyrights and trademarks are owned by the respective organizations.

To send flowers to the family in memory of Douglas Skallberg, please visit our flower store.