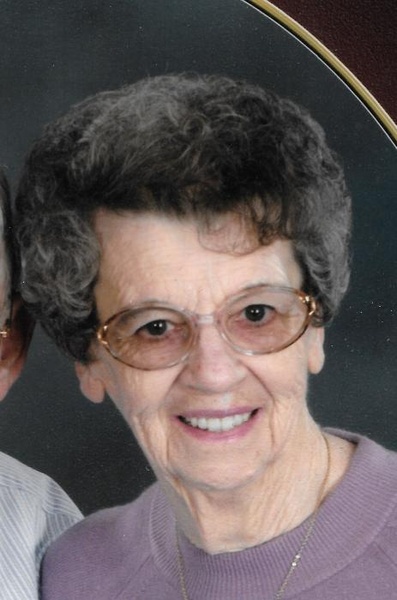 Dorthy E. Nelson, 87, of Colona, IL died Tuesday, January 24, 2017 at Hillcrest Home in Geneseo.  Graveside services are 11:00 a.m. Friday January 27, 2017 at the Woodhull Cemetery.  Visitation is 9:30 -10:30 a.m. prior to services at Peterson-Wallin-Knox Funeral Home in Woodhull.  Memorials may be left to Hillcrest Home and online condolences can be made at www.petersonwallinknox.com.

Dorthy was employed at various insurance companies in the Quad Cities and retired from Deere and Co as an auditor in 1998.  She and her husband owned and operated Bar D Western Store in Silvis and Colona.

Her parents and husband preceded her in death.

Click to download / open
To send flowers to the family in memory of Dorthy Nelson, please visit our flower store.