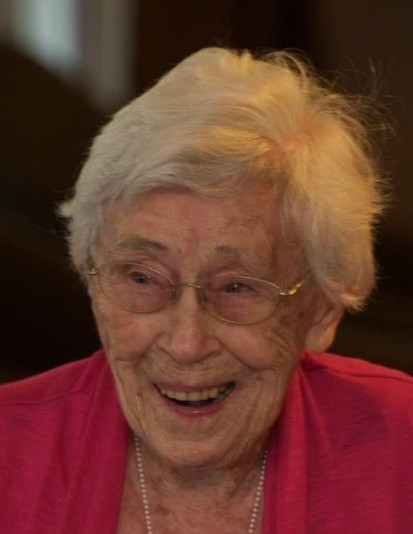 Dorothy M. Sloan, 103, a resident of Park Vista in East Moline, formerly of Viola and New Boston, IL passed away peacefully in her sleep Thursday, April 16, 2020 at home.  A public visitation utilizing social distancing requirements will be 10-11 a.m. Tuesday April 21, 2020 at Fippinger Funeral Home in Aledo.  Private funeral services will be in the funeral home and private burial will be in the New Boston Cemetery.  Memorials may be left to United Presbyterian Church in Viola and online condolences can be made at www.fippingerfuneralhome.com.

She was born May 29, 1916 in Eliza, IL to Henry and Pearl Clawson Green. She graduated from New Boston High School.  Dorothy married Warren L. Sloan in New Boston, IL. He died in January 1979.

After raising her children, Dorothy was employed as a grade school teacher in the Viola and New Windsor Grade School, retiring in 1981.

She enjoyed gardening, bowling, reading, traveling and collecting Hummels.  Dorothy gave lectures on her travels, her collections and her teaching experiences.

She was preceded in death by her husband; one infant son: Robert; one brother: John “Mike” Green and one half-brother: Fred Green.

To send flowers to the family in memory of Dorothy Sloan, please visit our flower store.
Open