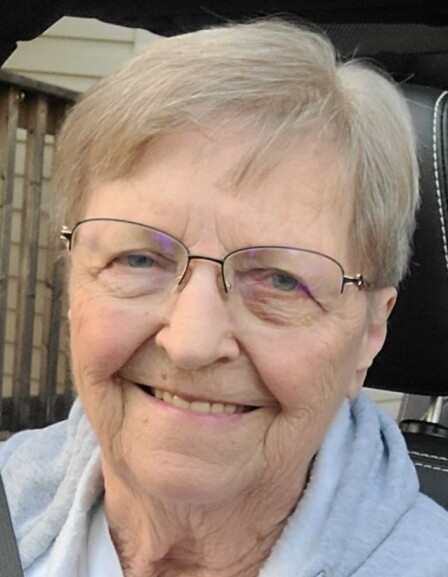 Dorothy Ann Anderson, 82, of Woodhull, IL passed away peacefully at her home on February 1, 2022 after a long 12-year journey with cancer.  Services are 11:00 a.m. Tuesday, February 8, 2022 at the United Church of Woodhull. Burial is in the Woodhull Cemetery. Visitation is 4-7 p.m. Monday at Peterson Wallin Knox Funeral Home in Woodhull.  Memorials may be left to the Meals on Wheels, Woodhull Cemetery or the Oxford American Legion in Alpha. Online condolences can be made at www.petersonwallinknox.com.

She was born on December 26, 1939 in Galesburg, IL to Jules and Ann (Patterson) Lambin. Dorothy graduated from AlWood High School in 1958 and married Jack Anderson on January 18, 1959.

She was a homemaker and also enjoyed being a member of a local bowling league for a number of years.  Dorothy helped her husband, Jack at the restaurant they owned in town for a few years.  She then worked at the Woodhull Plaza, and after that, the local grocery store for 19 years.

Later in life, Dorothy worked as a substitute aid on the special education bus for AlWood Schools.  She helped deliver meals on wheels, and assisted in the Share Food Program.  In her free time, Dorothy enjoyed spending time with her family, cooking, baking and canning foods from the family garden.  She liked vacationing with family as well as taking road trips to visit friends.

She was preceded in death by her parents and husband, Jack.

To send flowers to the family in memory of Dorothy Anderson, please visit our flower store.
Open