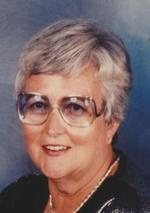 Donna M. Hunt, 81, of Aledo, Illinois died Saturday, April 4, 2015 at Unity Point-Health in Rock Island, Illinois. Services are 11:00 a.m. Thursday, April 9, 2015, at Fippinger Funeral Home in Aledo. Burial is in the Aledo Cemetery. Visitation is 4-7 p.m. Wednesday at Fippinger's where memorials may be left to the Aledo United Methodist Church or the family and online condolences may be made at www.fippingerfuneralhome.com.

She was employed as a secretary/bookkeeper for her father's businesses, Ranney, Cadillac and Pontiac and Harold Ranney Insurance Agency. She was later employed as a floral arranger at the Flower Basket.

Donna was a member of the Aledo United Methodist Church and the Mercer County YMCA.

She enjoyed reading, flowers, and especially being with her family.


United Methodist Church
YMCA
The insignias listed here may be subject to copyright and / or trademarked. Those copyrights and trademarks are owned by the respective organizations.

To send flowers to the family in memory of Donna Hunt, please visit our flower store.