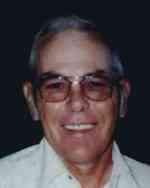 Donald E. Ward, 75, of Woodhull, IL died Saturday, January 31, 2015 at home. Services are 10 a.m. Thursday, February 5, 2015 at Peterson Wallin Knox Funeral Home in Woodhull. Burial is in the Alpha Cemetery. Visitation is 4-7 p.m. Wednesday at the funeral home where a memorial fund has been established. Online condolences can be made at www.petersonwallinknox.com.

He was born April 2, 1939 in Davenport, Iowa a son of Everett and Beatrice Ostendorf Ward. He attended the AlWood Schools and married Carolyn M. Good October 27, 1957 in the State Road Church near Cambridge. She died November 15, 2012.

Don was employed as a Welder for John Deere Harvestore Experimental in East Moline retiring in 1980. He enjoyed raising cattle and hogs on their small acreage. He especially enjoyed fishing, woodworking and being with family.

His parents, wife, 1 son, 1 great grandson and a brother preceded him in death.

To send flowers to the family in memory of Donald Ward, please visit our flower store.