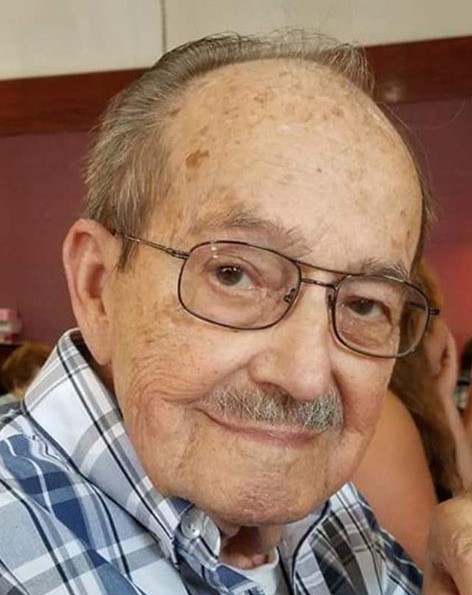 Derald R. Jones, 95 of Aledo, IL died Saturday, April 25, 2020 at Brookstone Senior Living in Aledo.  In keeping with current requirements, private graveside services are Friday, May 1, 2020 at the Edgington Cemetery.  Military rites will be conducted.  Friends may pay their respects between 5-6 p.m. Thursday, April 30, 2020 at Fippinger Funeral Home in Aledo.  The family will not be present. Memorials may be left to the Mercer County Food Pantry.  Online condolences can be made at www.fippingerfuneralhome.com.

He was employed as an automotive mechanic in Aledo for many years.  He worked at Ranney Automotive Co., Anderson Motor Co., and retired from Essig Motors.

Derald was a member of the First Baptist Church in Aledo, Mercer County VFW Post 1571 and the American Legion Fallerans Post 121.  He enjoyed fishing, traveling and attending his children’s and grandchildren’s activities.

His parents, wife, a sister, Helen, and two sons-in-law:  Wade Maynard and Polo Arriaga preceded him in death.

To send flowers to the family in memory of Derald Jones, please visit our flower store.
Open