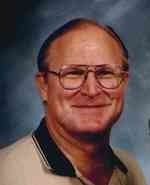 Dennis G. Spence, 62, of Silvis, IL, formerly of Aledo, died Monday, July 1, 2013, at home. Services are 10:30 AM Friday July 5, 2013 at Fippinger Funeral Home in Aledo. Burial is in the Aledo Cemetery. Visitation is 1 - 4 PM Thursday at Fippinger's. Memorials may be left to Asbury United Methodist Church or the SLB Foundation of Hope ( a University of Iowa Pancreatic Research fund) Online condolences can be made at www.fippingerfuneralhome.com.

Dennis worked for the Mercer County Highway Dept. from 1969 to 1974. He briefly worked at Anderson Motor Company in Aledo until taking a position with the City of Aledo in the Water Dept. In 1988, he was hired by the City of Moline in the Water Dept. where he retired as Water Distribution Manager in 2002. He was employed at Utility Equipment in Bettendorf until 2006 and worked part time at the Greater Quad City Auction in Milan.

He was a member of the Asbury United Methodist Church in Bettendorf and enjoyed golfing and being with his family.

Survivors include his wife: Sandy; a son and daughter-in-law: Luke (Stephanie) Spence and their children: Jack and Cameron Spence all of Greenwood, IN; a brother: Bill (Sherry) Spence of Monmouth, IL; and nieces and nephews.

To send flowers to the family in memory of Dennis Spence, please visit our flower store.