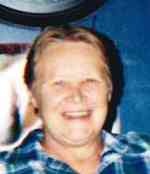 Delone E. "Deeter", Smith 63, of New Boston, IL, died Tuesday, March 12, 2013, at Trinity in Rock Island, IL. Services are 2 p.m. Friday, March 15, 2013 at the New Boston United Methodist Church. Burial is in the Greenmound Cemetery. Visitation is noon until the time of service where a memorial fund will be established. Online condolences can be made at www.fippingerfuneralhome.com.
She was born October 14, 1949 in Moline, IL to Robert and Dorothy Brier Brown. She attended the local schools. She married Michael Nelson and Michael Lilly. She then married Harvey Smith August 8, 1993 in Keithsburg, Illinois.
Deeter owned and operated "Deeters" in New Boston for 9 years until retiring in 2011. She was a member of the Community Club.
She is survived by her husband: Harvey; three sons: Shane (Lenise Phillips) Nelson; Clint (Brenda) Nelson, all of New Boston, IL; Brian "Half Pint" (Janie) Nelson of Matherville, IL; four stepsons: Charles Smith; Tyler Smith, both of Aledo, IL; Jason and Randy Smith, both of New Boston, IL; 11 grandchildren; 7 step grandchildren; 7 great grandchildren; two sisters: Bobbie Gasaway of Muscatine, Iowa; Sue Daniels of Joliet, IL; several half sisters; half brothers, nieces and nephews.
She was preceded in death by her parents; one daughter: Melissa; and one brother.

To send flowers to the family in memory of Delone Smith, please visit our flower store.