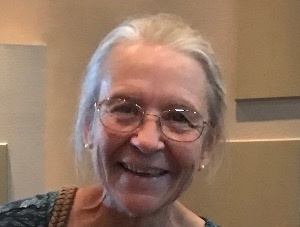 Deborah K. DeBacker, 64, of Gilbert, Arizona, formerly of Eliza, Illinois passed away Friday, July 1, 2022 at Hospice of the Valley – Lund Home in Gilbert, Arizona. Services are 3:00 p.m. Saturday, July 9, 2022 at Fippinger Funeral Home. Burial is in the Aledo Cemetery.  Visitation is 1:00 p.m. until the time of services Saturday at Fippinger’s where a memorial fund will be established.

Debbie was a homemaker for 46 years and while also being employed at Super Target in Gilbert, Arizona for 18 years.

She enjoyed reading, sewing, movies, gaming and decorating for every holiday.    She was an avid Harry Potter fan and dearly loved her family, especially her grandchildren.

She was preceded in death by an infant son, Andrew; a brother-in-law, James Hall; sister-in-law, Carole DeBacker and father-in-law, George DeBacker.

To send flowers to the family in memory of Deborah K. DeBacker, please visit our flower store.
Untitled_07082022_103141.pdf
Open