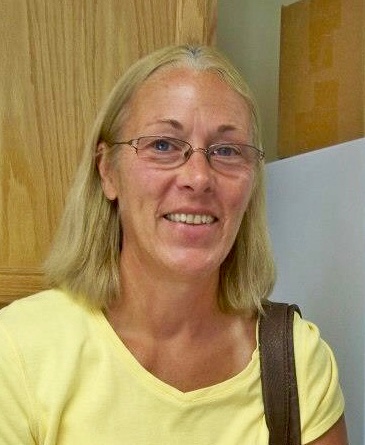 Deana K. Greer, 57, of New Windsor, Illinois died Sunday January 21, 2018 at home. Cremation has been accorded. Private graveside services are Saturday morning, January 27, 2018 at Hopewell Cemetery in New Windsor followed by a Celebration of Life from 1-4 p.m. Saturday at the Mercer County VFW Post 1571 in Aledo. Peterson Wallin Knox Funeral Home in Alpha is in charge of arrangements. Memorials may be left to Time for Tots Preschool and online condolences can be made at www.petersonwallinknox.com.

Deana was born June 25, 1960 in Galesburg, IL to Rodney and Joyce Green Peterson Garrett. She graduated from Winola High School. On October 18, 1980, she was united in marriage to John Greer in New Windsor, IL.

She owned and operated her own home daycare.

She was a member of the Calvary Lutheran Church in New Windsor. Deana enjoyed gardening, boating, the beach, sewing, and especially being with children.

She was preceded in death by her mother and grandparents.

Click to download / open
To send flowers to the family in memory of Deana Greer, please visit our flower store.