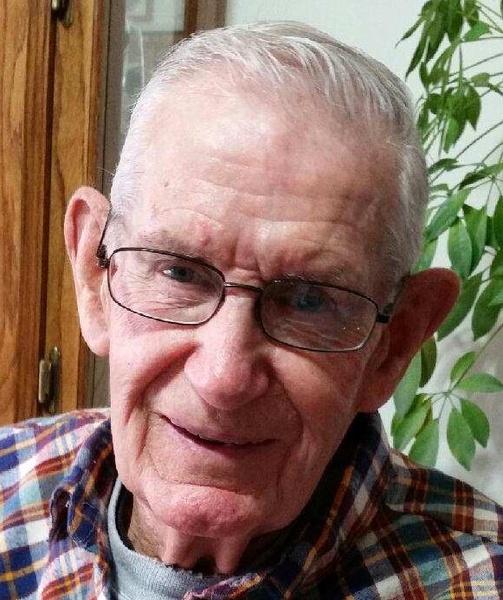 David C. Larson, 86, of Keithsburg, IL died Sunday, November 10, 2019 at Aledo Health and Rehabilitation Center. Cremation has been accorded and there are no services. A time of fellowship is 2-4 p.m. Saturday, November 16, 2019 at the Center Presbyterian Church in Seaton. Private burial will be in the Greenmound Cemetery at a later date. In lieu of flowers, memorials may be left to the Aledo Rehabilitation and Health Care Center or the OSF Home Health Hospice in Galesburg. Fippinger Funeral Home in Aledo is in charge of arrangements and online condolences can be made at www.fippingerfuneralhome.com.

He was born June 15, 1933 in Duncan Township, Illinois to Clair and Inez Sheese Larson. David graduated from Aledo High School in 1951. He received a Bachelor of Science in biology from Northern Illinois University and a Master’s degree in library science from Rosary College. He married Janet L. Sheriff August 23, 1959 in Seaton, IL.
David was a U.S. Army veteran.

He enjoyed gardening, playing cards and hunting. He was an avid fisherman, who would fish from his canoe from sunrise to sunset.

David was preceded in death by his parents; one brother: Ronald Larson and one brother-in-law: John Sheriff.

To send flowers to the family in memory of David Larson, please visit our flower store.