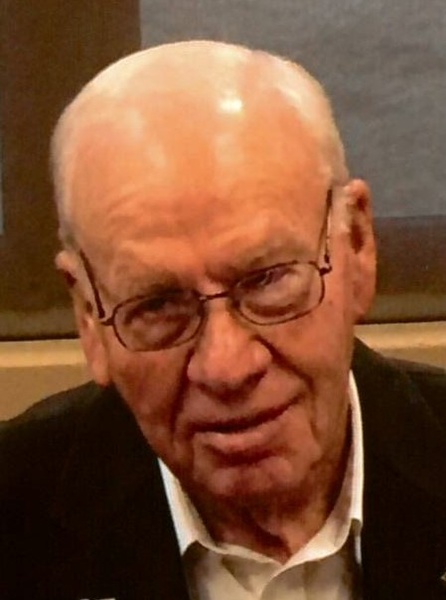 David L. Haney, 86 of Aledo, Illinois, died Saturday, September 16, 2017 at Brookstone of Aledo. Services are 10:30 a.m. Friday, September 22, 2017 at Fippinger Funeral Home in Aledo. Burial is in the Aledo Cemetery where graveside military rites will be conducted. Visitation is 4-7 p.m. Thursday at Fippinger’s where memorials may be left to the Aledo United Methodist Church or the Mercer County VFW Post 1571. Online condolences can be made at www.fippingerfuneralhome.com.

Dave farmed in the Marston area for two years before working as a millhand at Farmers Grain & Coal Company in 1955. He purchased stock in the company in 1960 and operated it until retiring in 1993.

He was a member of the Aledo United Methodist Church, Exchange Club, Moline Scottish Rite Consistory, Scottish Rites in Peoria, Mercer County VFW Post 1571, Buffalo Prairie Masonic Lodge 679, Oakview Country Club. Dave was a former board member of Home Savings and Loan and served on the Aledo City Council from 1991-1994.

Dave was preceded in death by his parents and wife, Beverly.

Click to download / open
To send flowers to the family in memory of David Haney, please visit our flower store.