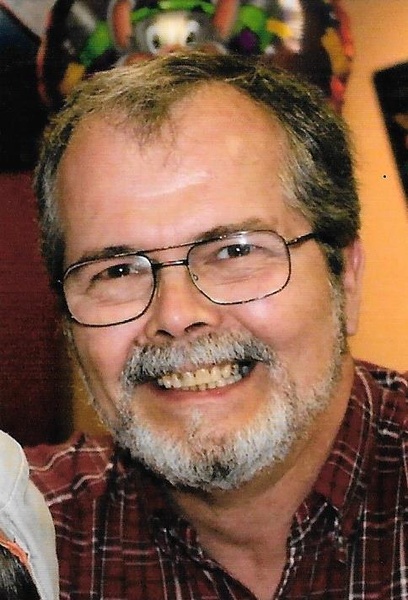 David L. Beck, 60 of Galesburg, IL, formerly of Woodhull, IL, died Wednesday, November 1, 2017 at home. Services are 11:00 a.m. Monday, November 6, 2017 at Peterson-Wallin-Knox Funeral Home in Woodhull. Private burial will be at a later date in the Alpha Cemetery. Visitation will be from 3-7 p.m. Sunday at Peterson-Wallin-Knox Funeral Home in Woodhull. Memorials may be left to Knox County Humane Society or the Safe Harbor Family Crisis Center in Galesburg. Online condolences can be made at www.petersonwallinknox.com.

David was employed as a diesel mechanic at Eagles Warehouse in Milan, retiring in 2003. “DJ Dave”, as he was known, venued throughout the area. “Rock and roll yourself to death baby” was his favorite saying and he volunteered as a projectionist at the Blue Moonlight Drive-In Theatre in Galesburg.

He had many hobbies. Music was his life. David could fix anything and he especially loved being with family and friends.

David was preceded in death by his parents.

Click to download / open
To send flowers to the family in memory of David Beck, please visit our flower store.