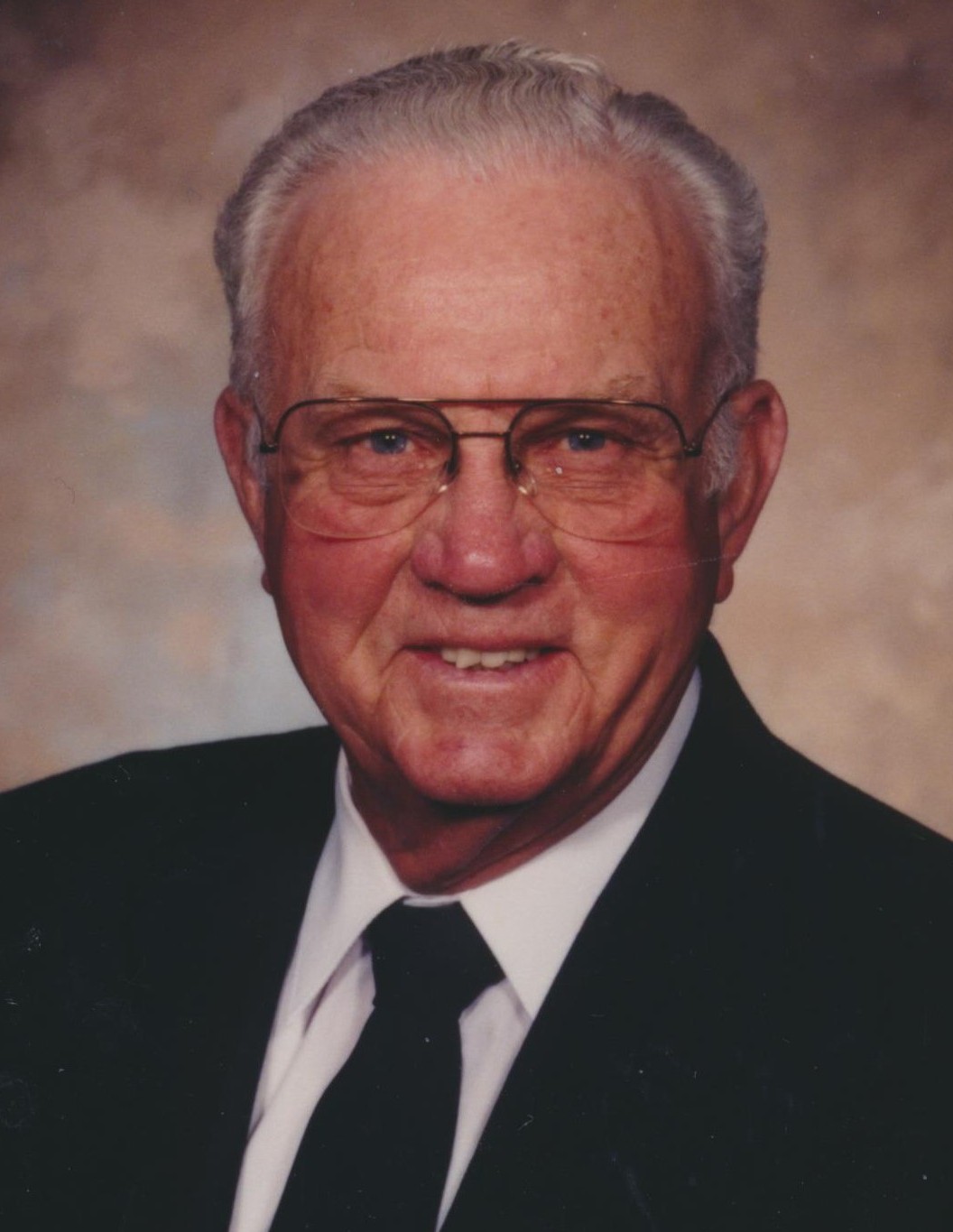 Darrell W. Hutchins, 92, of Aledo, IL passed away Monday, November 13, 2017 at Genesis Senior Living in Aledo. Services are 1:00 p.m. Saturday, November 18, 2017 at Messiah Lutheran Church in Aledo. Burial is in the Aledo Cemetery where graveside military services will be conducted. Visitation is 11 a.m. until the time of services at the church where memorials may be left to Mercer County VFW Post 1571. Fippinger Funeral Home is in charge of arrangements and online condolences can be made at www.fippingerfuneralhome.com.

He was born September 7, 1925 in Joy, IL, the son of Raymond and Nona Wakeland Hutchins. He graduated from Aledo High School. On March 21, 1945, he married Lorraine Y. Benson in Aledo, IL.

Darrell enlisted in the U.S. Navy Reserve and served as a Boatswain’s Mate Second Class during WWII and was involved in the invasion of Normandy. He farmed in the Aledo-Joy-Viola areas and later became an insurance agent, serving as vice-president of Industrial Casualty Insurance Co. in Bloomington, IL.

He was a member of Messiah Lutheran Church, American Legion Fallerans Post 121, Mercer County VFW Post 1571, Exchange Club, Oakview Country Club, Oakview Drive Development and Progress Park Group and other organizations. The Honor Flight in April 2010 was a highlight for him.

Darrell was an avid Green Dragon, Fulton Steamer and Mercer County Golden Eagle fan. He enjoyed golfing, sporting events and traveling. Darrell enjoyed his family, grandchildren and great-grandchildren, who were his pride and joy.

Darrell was preceded in death by his parents and a brother: Donavon Hutchins.

Click to download / open
To send flowers to the family in memory of Darrell Hutchins, please visit our flower store.