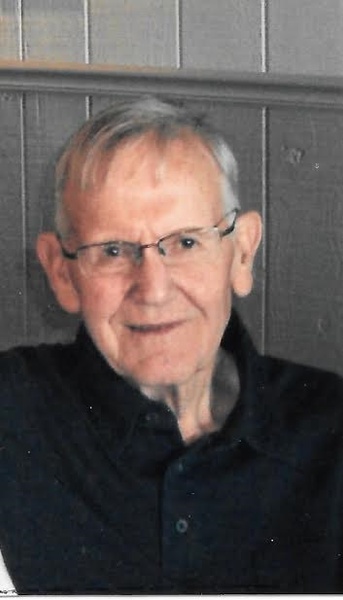 Darrel E. “Bud” Gerard, age 92, of Woodhull, IL died Saturday October 29, 2016 at St. Mary’s Medical Center in Galesburg, IL.  There are no services.  Memorials in his name may be sent to the AlWood Academic Foundation or the Clover Township Fire Department.  Peterson Wallin Knox in Woodhull is in charge of arrangements and online condolences can be made at www.petersonwallinknox.com

He was born November 25, 1923 in Stark County, IL. to Clarence and Vera Rensted Gerard.  He graduated from the La Fayette Illinois High School and enlisted in the U.S. Navy where he served on the USS Calvert and received the American Area Ribbon, WW2 Victory Ribbon and the Asiatic/Pacific Theatre Ribbon.

He farmed in the La Fayette area and was employed at the Owens-Illinois Lily Tulip-Division for 30 years.  He then worked for Bob Evans in Galva for 8 years retiring in 1985.

He was a member of the La Fayette American Legion and enjoyed tinkering and fixing things.

His parents, a step-daughter, Gail Miller and 3 brothers preceded him in death.

To send flowers to the family in memory of Darrel Gerard, please visit our flower store.