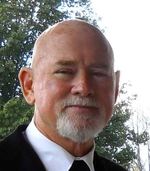 Daniel D. Holcomb, 64, of Aledo, IL, died Tuesday, March 27, 2012 at St. Francis Medical Center in Peoria. Funeral services are 11:00 AM, Saturday, March 31, 2012 at Grace Bible Missionary Church located at the corner of 29th Avenue and Kennedy Drive, East Moline. Military rites will be conducted by the Vietnam Veterans of America Chapter # 776. Private burial will be at a later date. Friends may greet the family at a luncheon following the services at the Depot in Aledo. Memorials may be left to Grace Bible Missionary Church or the family. Fippinger Funeral Home is in charge of arrangements and on-line condolences may be made at www.fippingerfuneralhome.com.

Daniel was a United States Army veteran, serving in the Vietnam War. He was employed at John Deere for 41 years, retiring in 2010.

He attended Grace Bible Missionary Church in East Moline. He was an avid outdoorsman, enjoyed hunting, fishing, riding horses and working out. He especially loved trap and skeet shooting and was a member of various shooting clubs.

He is survived by his wife: Cindy, one daughter: Rachel Doumbia of Milan, IL, one son: Stephen (Lea) Holcomb of Libertyville, IL, 2 grandchildren: Abou and MJ Doumbia, both of Milan, IL, one sister: Sondra (Blaine) Shaw of Hastings, MI, one brother: Mike (Cheryl) Holcomb of Texarkana, TX; his mother: Marie Allard of Arlington, TX and several nieces and nephews.

He was preceded in death by his father and stepfather.

To send flowers to the family in memory of Daniel Holcomb, please visit our flower store.