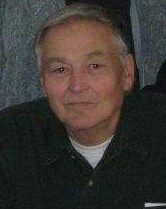 Daniel E. Genisio Sr.,75, of Pontiac, IL formerly of Woodhull, IL died Saturday September 9, 2017 at Pontiac Health Care and Rehab Center. Graveside Services are 2:30pm Wednesday September 13, 2017 in the Woodhull Cemetery. Visitation is from noon until 2:00pm prior to services, Wednesday, at Peterson-Wallin-Knox Funeral Home in Woodhull. A memorial fund will be established and online condolences can be made at www.petersonwallinknox.com.
Dan was born August 15, 1942 in Galesburg, IL to Charles “Bud” and Lydia Alexander Genisio. He graduated from AlWood High School in 1960. He married Linda Armstrong. On April 5, 1969, he was united in marriage to Carol Sue Naslund in Victoria, IL.
Dan was a member of the National Guard.
He was a mechanic at the Knox County Highway Department for many years.
He enjoyed hunting, fishing and gardening.
Survivors include his children, Daniel (Grace) Genisio Jr. of Cedar City, Utah; Herbert (Tina) Genisio of Oneida; Sidney Genisio of Galesburg; Henry (Angela) Genisio of Jerseyville, IL; Joseph (Judy) Genisio of Galesburg; Judy (Steve) Duck of Saunemin, IL; James (Cara) Genisio; Jennifer Cox all of Oneida; Kenneth (Julie Cameron) Genisio of Kewanee; 21 grandchildren; 7 great grandchildren; one sister, Janice(Jim) Gluba of Nekoma; two brothers, Charles(Janice) Genisio of Woodhull; Robert (Barbara) Genisio of Galesburg; several nieces and nephews.
He was preceded in death by his parents; step-father, Herbert; an infant daughter; two brothers; and two sisters.


Charitable donations may be made to:

Click to download / open
To send flowers to the family in memory of Daniel Genisio, please visit our flower store.