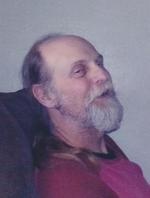 Daniel C. Corwin, 56, of Alpha, IL, died Saturday, February 21, 2015 at home. Cremation has been accorded. Friends and family can gather together beginning at noon Friday February 27, 2015 at the Woodhull Community Center. Private burial will be at a later date. Peterson-Wallin-Knox Funeral Home in Alpha is in charge of arrangements. A memorial fund will be established. Online condolences can be made at www.petersonwallinknox.com.

Dan was a journeyman tradesman in the construction industry and most recently at Pioneer in Woodhull.

To send flowers to the family in memory of Daniel Corwin, please visit our flower store.