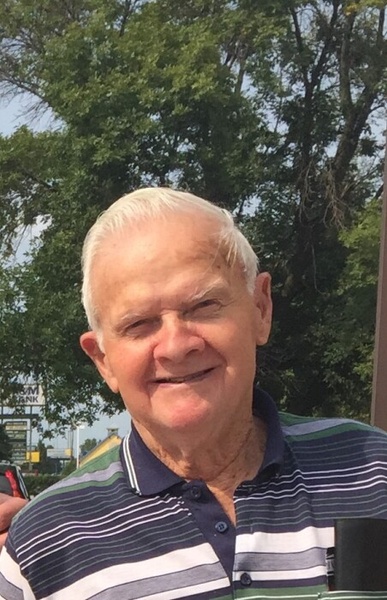 Dale E. Reed, 93, of Galesburg, IL. formerly of Woodhull, IL, passed away Saturday January 22, 2022 at the Monmouth Nursing Home in Monmouth, IL.  Services are 1:00 PM Friday January 28, 2022 at the Peterson Wallin Knox Funeral Home in Woodhull. Burial is in Oaklawn Memorial Gardens in Galesburg, IL.  where military rites will be conducted.  Visitation is from 4-7 PM Thursday at the funeral home where memorials may be left to the United Church of Woodhull or the Alzheimer’s Association.  Online condolences can be made at petersonwallinknox.com

Dale was a U. S. Army veteran and farmed in the Woodhull area all of his life.

He was a member of the United Church of Woodhull and the Miles S. Sturgeon  American Legion Post # 546.

Dale enjoyed bowling, golfing,  visiting with his grandchildren and attending their school activities and performances.  He was an avid Chicago Bears and Cubs fan.

He is survived by one son Gary Reed of Galesburg, IL, daughter-in-law Erica Reed Thorstenson of Woodhull, 6 grandchildren, Elizabeth, Jared, Jennifer, Jaiden, Leah and Devin and several nieces and nephews.

His parents, wife, one son Darrin Reed, 1 sister Fern Reed and 2 brothers, Dewey and Lee Reed preceded him in death.

To send flowers to the family in memory of Dale Reed, please visit our flower store.
Open