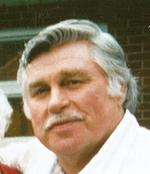 Dale O. Karenke, age 78, of Lynn Center, IL, died Friday, January 4, 2013 at his home. Services are 2:30 p.m., Wednesday, January 9, 2013 at the Peterson-Wallin-Knox Funeral Home in Alpha. Burial is in the Cable Cemetery. Visitation is from 1:00 p.m. until time of service. Memorials may be left to the Quad City Animal Welfare Center or the Global Hydraencephaly Foundation and online condolences can be made at www.petersonwallinknox.com.

He was born February 27, 1934 in Eagle River, WI to Lyle and Pearl Phorm Karenke. He graduated from Eagle River High School and attended the University of Wisconsin in Madison. He married Sharon Snyder March 30, 1963 in Colona, IL.

Dale was employed at John Deere Plow and Planter in Moline for 30 years, retiring January 30, 1992.

He was a member of the UAW, enjoyed watching "Love Worth Finding" on Sunday mornings. He was an avid sports fan and enjoyed camping, fishing and hunting.

His parents; one sister and three brothers preceded him in death.


Army
Army
Good Conduct Medal
The insignias listed here may be subject to copyright and / or trademarked. Those copyrights and trademarks are owned by the respective organizations.

To send flowers to the family in memory of Dale Karenke, please visit our flower store.