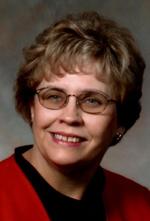 Connie R. Tisdale, 71, of Alpha, Illinois, went to Heaven Monday, June 2, 2014 surrounded by her family in her home. Cremation has been accorded. Friends may greet the family to celebrate her life from 5-8 PM Thursday June 5, 2014 at the Peterson Wallin Knox Funeral Home in Alpha. Private burial will be at a later date. In lieu of flowers, memorials may be left to Bridgeway, Inc. or Tri-County Ambulance. Online online condolences can be made at www.petersonwallinknox.com.

She was born August 17, 1942 in Moline, Illinois to Vernon and Elizabeth Anderson Henrikson. She attended AlWood Schools.

Connie was a waitress for many years at the Plantation in Moline and Harbor Lights in Galesburg. She was then employed at the John Deere Parts and Distribution Warehouse in Milan where she met the love of her life, Larry "Jake" Tisdale. They married August 11, 1984 in Rock Island, Illinois.

She was a member of the Red Hat Society and Bethany Lutheran Church in Woodhull.

She was preceded in death by her father and one grandson, T.J. Page.


Evangelical Lutheran Church in America
Red Hat Society
The insignias listed here may be subject to copyright and / or trademarked. Those copyrights and trademarks are owned by the respective organizations.

To send flowers to the family in memory of Connie Tisdale, please visit our flower store.