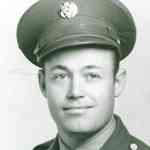 Clinton C. Hays, 95, of Viola, IL passed away Wednesday, March 27, 2013 at Genesis Illini Campus in Silvis, IL. Funeral services are 10 a.m., Tuesday, April 2, 2013 at Fippinger Funeral Home in Aledo. Burial is in the Viola Cemetery. Visitation is 4-7 p.m., Monday at the funeral home where memorials may be left to the Wounded Warrior Project or the Viola Methodist Church. On-line condolences can be made at www.fippingerfuneralhome.com.

He was born November 21, 1917 in Viola, IL a son of Roy and Frances (Gaylor) Hays. He attended local schools and married Dorothy J. Robbins in 1946 in Colorado. She preceded him in death in October of 1996.

Mr. Hays moved to Viola in 1950 and worked as a carpenter and for Farmers Grain & Supply until retirement.

He was actively involved in the annual Viola Threshers Reunion since its inception in 2006 at his place in Viola. He enjoyed gardening, yardwork, the local coffee club and playing pool.

He is survived by: two daughters: Dorothy Jean (Kim) Graham of Viola and Dianna (Ken) Stoltenberg of Davenport; one son: Clinton Ray Hays of Viola; one sister: Frances Huber of Aledo, two brothers: Raymond (Elaine) Hays of Alexis and Leslie Hays of Monmouth; and several nieces and nephews.

He was preceded in death by: his parents, wife Dorothy, 2 brothers: Edward and Delvin and 2-sisters: Olive and Helen.


Army
Army
Christian Cross
The insignias listed here may be subject to copyright and / or trademarked. Those copyrights and trademarks are owned by the respective organizations.

To send flowers to the family in memory of Clinton Hays, please visit our flower store.