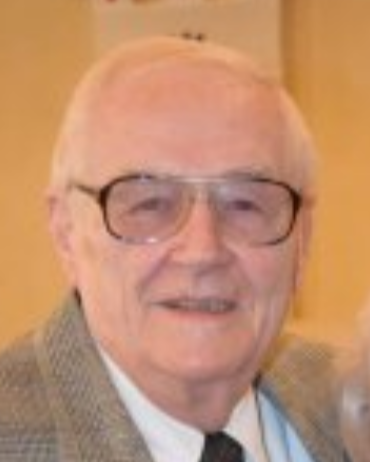 Charles J. Tursky, 89, of Woodhull, Illinois, passed away Wednesday, November 16, 2022 at home.  Cremation has been accorded.  Burial is in the National Cemetery on Arsenal Island, Rock Island, Illinois where graveside military services will be conducted.   Services are 11:00 a.m. Monday, November 21, 2022 at the United Church of Woodhull.   In lieu of flowers, memorials may be left to St. Jude Children's Research Hospital or Compassus Hospice.  Online condolences can be made at www.petersonwallinknox.com.

He was born May 3, 1933 in East Pittsburgh, Pennsylvania to Joseph and Margaret Bodner Tursky.  He was a Korean War veteran who served in the U.S. Army as a combat medic with the rank of Sergeant.  He married Jean Herron September 21, 1954.  He later married Patricia Keehner February 12, 1983.

Charles graduated from the University of Pittsburgh with a Bachelor of Mechanical Engineering degree and from Washington University, St. Louis, with a Master's Degree.

He was a Registered Professional Engineer in a number of states and belonged to the society of Professional Engineers. Charles was a member of the American National Standard Committee from 1972 to 1978 and was a major contributor in establishing safety standards for OSHA concerning the foundry industry. He wrote a number of technical papers on safety and liability. In the field of structural steel fatigue, he established federal standards for non-destructive testing of transit railroad passenger cars. Charles also co-authored papers on preset concrete which have been used as text for engineering courses.

Charles had served as secretary of the Henry County Veteran's Assistance Commission and had been a volunteer V.A. hospital driver for Henry County.  He also served with the Alwood Food Pantry, Alpha, IL.

He loved the outdoors and was an avid hunter and fisherman all of his life and was a coin collector.

His love for their Morkie dog, Biscuit, was a blessing to him and his wife.

Charles was preceded in death by his parents and brother.