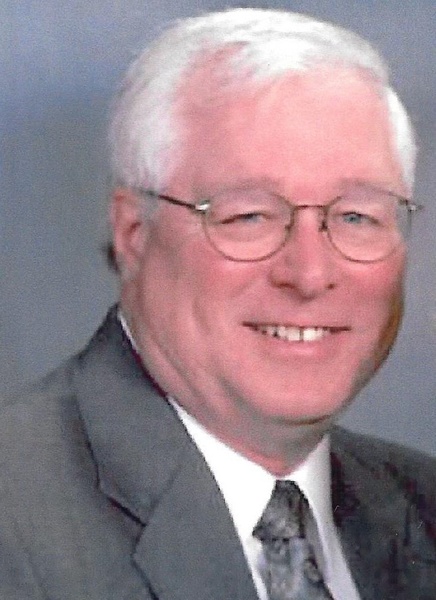 Charles R. “Chuck” Paul, age 70, of Alpha, Illinois died Sunday July 9, 2017 at the University of Iowa Hospital. Services are 11:00 AM Thursday July 13, 2017 at the Peterson Wallin Knox Funeral Home in Alpha. Burial is in the Alpha Cemetery. Visitation is from 4-8 PM Wednesday at the funeral home where a memorial fund will be established. Online condolences can be made at www.petersonwallinknox.com
Chuck was born August 10, 1946 in Macomb, IL to H. Leland and Ada Wilson Paul. He graduated from AlWood High School. On June 1, 1963 he was united in marriage to Susan M. Hernstrom in Galva, IL.
He worked briefly at Hardin’s Chevrolet in Orion, IL before becoming employed at John Deere Harvester in East Moline where he retired after 45 years of service.
He was a former volunteer firemen for the Oxford Township Fire Department, and he enjoyed antiquing, going to Circa 21 and listening to music from the 1940’s.
Above all, Chuck was a family man. With great love and pride, he enjoyed following his children and grandchildren’s activities. He enjoyed being called Grandpa/Papa Chuck in the community and was always ready and willing to help anyone who needed a hand.
He is survived by his wife of 54 years, Sue, 3 daughters, Trudy (Jim) Durham of Loudon, TN, Angie (Brad) VanDeWalle of Alpha, IL, Cheryl (Mike) Ladd of Ooltewah, TN, 2 sons, Michael Paul of Franklin Park, IL, Jeffrey (Wendy) Paul of Alpha, IL, 4 granddaughters, Jennifer (Curtis) Stiner, Anna, Isabella and Emily Paul all of Alpha, 1 great granddaughter Charlie Stiner of Alpha, a sister, Karen (Jim) Evans of Bushnell, IL, a brother Bruce (Betty) Paul of Aledo and several nieces and nephews.
He was preceded in death by his parents.

Click to download / open
To send flowers to the family in memory of Charles Paul, please visit our flower store.