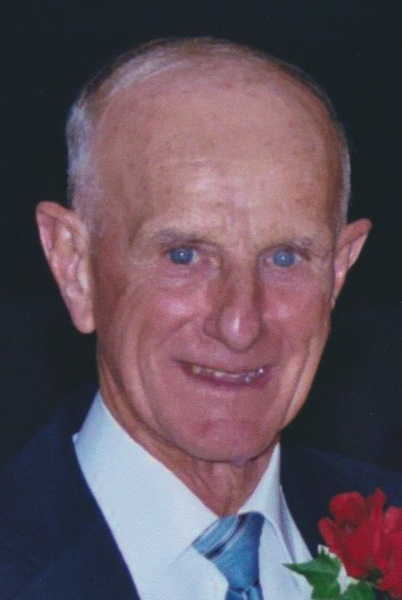 Charles A. DeClerck, 90 of Aledo, IL died Tuesday, January 29, 2019 at Genesis Senior Living in Aledo. Mass of Christian Burial is 10:00 a.m. Saturday, February 2, 2019 at St. Catherine’s Catholic Church in Aledo. Burial is in the Aledo Cemetery. Visitation is 4-7 p.m. Friday at Fippinger Funeral Home in Aledo where a rosary will be recited at 3:30 p.m. Memorials may be left to St. Catherine’s Catholic Church. Online condolences can be made at www.fippingerfuneralhome.com.

He was born April 11, 1928 in rural Milan, Illinois to Cyril and Irma DeGraeve DeClerck. He graduated from Rock Island High School. On September 16, 1950, he was united in marriage to Verna M. Hampton at St. Ambrose Catholic Church in Milan, Illinois.

Charles farmed all his life north of Aledo.

He was a member of St. Catherine's Catholic Church and the Mercer County Farm Bureau where he served as director. Charles loved farming and enjoyed being with his family.

His parents and two sisters preceded him in death.

To send flowers to the family in memory of Charles DeClerck, please visit our flower store.
Open