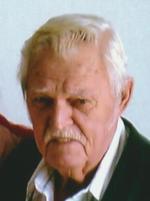 Charles F. Brown, 81, of Aledo, Illinois died Saturday, May 23, 2015 at Clarissa Cook Hospice in Bettendorf, Iowa. Graveside services are 1:30 p.m. Friday, May 29, 2015 at the Aledo Cemetery. Visitation is noon until 1:00 p.m. Friday at Fippinger Funeral Home where memorials may be made to Clarissa Cook Hospice. Online condolences can be made at www.fippingerfuneralhome.com.

Charles worked for Servus Rubber in Rock Island, farmed, was a Moorman's Seed Co. salesman and a self-employed carpenter.

He enjoyed bluegrass music, camping and dancing, especially waltzing. He raised show ponies and was a former member of the Pony Club. Charles loved and restored Cushman scooters.

He was preceded in death by his parents, wife, two sisters and great grandson, Hunter.

To send flowers to the family in memory of Charles Brown, please visit our flower store.