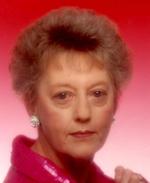 Carolyn D. (McMeekan) Starman, 79, of Alpha, IL, was called to heaven, surrounded by her family, on Saturday, August 24, 2013 at Galesburg Cottage Hospital. Services are 11 a.m., Wednesday, August 28, 2013 at Fippinger's Peterson-Wallin-Knox Funeral Home in Alpha. Burial is in the Alpha Cemetery. Visitation is 4-7 p.m. Tuesday at the funeral home. A memorial fund will be established and online condolences can be made at www.petersonwallinknox.com.

She was employed at Gale Products in Galesburg and then became a homemaker. Carolyn was a wonderful child care provider in Alpha for many years.

She was an active member of the Alpha American Legion Post 1197 Auxiliary and the Alpha Community Team. Carolyn enjoyed shopping, bird watching, baking and delivering her baked goods to many friends. She especially enjoyed spending time with her family, grandchildren, great grandchildren and weight loss club friends.

She was preceded in death by her parents; and a special cousin: Rachel.


American Legion Auxiliary
The insignias listed here may be subject to copyright and / or trademarked. Those copyrights and trademarks are owned by the respective organizations.

To send flowers to the family in memory of Carolyn Starman, please visit our flower store.