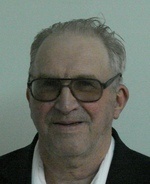 He was born July 25, 1943 in Moline, IL to Herman and Edith Danielson Carlson. He graduated from AlWood High School, served in the U.S. Army National Guard and never married.

He is survived by several cousins including Karlene Lenz of Roscoe, Il. And Vivian Olson of Moline, Il


Evangelical Lutheran Church in America
Farm Bureau
The insignias listed here may be subject to copyright and / or trademarked. Those copyrights and trademarks are owned by the respective organizations.

To send flowers to the family in memory of Carl Carlson, please visit our flower store.