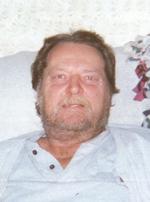 Brent W. VanDeWostine, 60, of Henderson, IL, formerly of Woodhull, IL. Died Saturday February 2, 2013 at St. Mary Medical Center in Galesburg. Cremation has been accorded and Visitation is from 5-7 PM Tuesday February 5, 2013 at Peterson Wallin Knox Funeral Home in Woodhull. Private burial will be at a later date. Memorials may be left to the American Heart Association and online condolences can be made at www.petersonwallinknox.com

He was born October 23, 1952 in Morrison, IL. to Marvin and Zola Redell VanDeWostine. He graduated from AlWood High School in 1970.

Brent was employed as a Union Carpenter for many years before becoming self-employed. He assisted his sister Marvelyn in the operation of her businesses including "Audi's "in Galesburg.

Brent was full of life and could fix almost anything. He especially enjoyed helping others. He enjoyed hunting and fishing and for many years played AAA Softball.

To send flowers to the family in memory of Brent VanDeWostine, please visit our flower store.