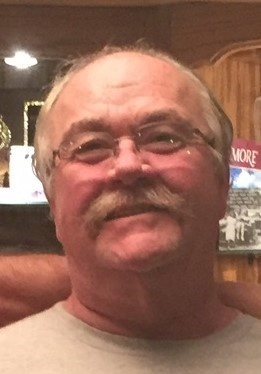 Brent E. McCurdy, 67 of Alpha, IL died Sunday, October 29, 2017 at Unity Point Health Trinity in Rock Island. Cremation has been accorded. Graveside services are 11:00 a.m. Saturday, November 4, 2017 at the Summit Level Cemetery in rural Alpha. Friends may greet the family for a Celebration of Life 1-4 PM Saturday at the Oxford American Legion Post #1197. In lieu of flowers, memorials may be left to Alpha Baptist Church or the Oxford Township Fire Department. Peterson Wallin Knox Funeral Home in Alpha is in charge of arrangements and online condolences can be made at www.petersonwallinknox.com.

He was born November 26, 1949 in Kansas City, Missouri. His parents were Howard and Margaret Elliott McCurdy. Brent graduated from AlWood High School in 1967. He then graduated from Blackhawk East College in Kewanee and attended Illinois State University. He was united in marriage to Sally Hintermeister in Preemption, IL on March 11, 1978.

Brent farmed the family farm in Alpha, raising cattle. He was also employed at Lynn Implement in Lynn Center for several years.

Brent was a quick witted person with a dry sense of humor. He loved to bowl and scored the first 300 at the Alpha Lanes.

Click to download / open
To send flowers to the family in memory of Brent McCurdy, please visit our flower store.