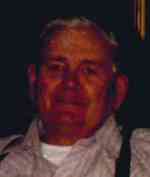 Bob L. Johnson, age 84, of New Windsor, IL, died Tuesday, at St. Mary Medical Center in Galesburg. Graveside services are in the New Windsor Cemetery at 2PM on Friday. There is no visitation. Memorials may be left to Tri-County Ambulance or New Windsor Presbyterian Church. Peterson Wallin Knox Funeral Home is in charge of arrangements and on-line condolences can be made at www.petersonwallinknoxfuneralhome.com.

He was a United States Army Veteran, having served in the Korean War.

He owned and operated his own heavy equipment company for many years. He was a member of the Rivoli Gun Club and former director of the New Windsor Rodeo. He loved country and western music and traveling to Branson, MO.

He was preceded in death by his parents and son-in-law Jim Raes.

The family would like to thank Gary Murdock, the Heartland Health Care Center, the "Boss" and St. Mary's Medical Center for their help and care.


Army
Army
The insignias listed here may be subject to copyright and / or trademarked. Those copyrights and trademarks are owned by the respective organizations.

To send flowers to the family in memory of Bobby Johnson, please visit our flower store.