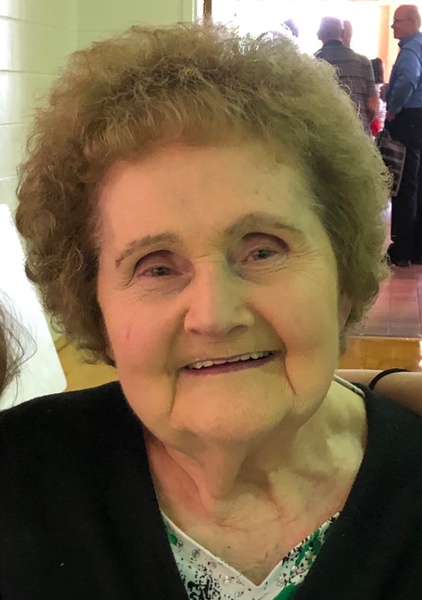 Betty L. Erickson, age 88, of Aledo, IL. Died Sunday October 20, 2019 at the home of her granddaughter, April, in Milan, IL surrounded by her family. Funeral services will be 11:00 AM Thursday October 24, 2019 at the Messiah Lutheran Church in Aledo. Burial will be at the National Cemetery, Rock Island Arsenal. Visitation will be from 4-7 PM Wednesday at the Fippinger Funeral Home in Aledo where memorials may be left to the Messiah Lutheran Church. Online condolences can be made at www.fippingerfuneralhome.com.

Betty was employed at the former Ben Franklin Store in Aledo for 26 years where she managed the Fabric and Craft Department. She co-owned “The Cotton Corner” located within the House of Burgess in Aledo and was formerly employed in the Circulation Department of the Rock Island Argus Newspaper District Office in Aledo for 10 years.

Other memberships include the Messiah Lutheran Church, WELCA, Prime Timers and the Women for Women. She especially loved her family and enjoyed craft shows where she displayed and sold her homemade crafts.

Her parents, husband, 1 daughter Linda Douglas, 2 sisters, and 1 brother preceded her in death

To send flowers to the family in memory of Betty Erickson, please visit our flower store.
Open