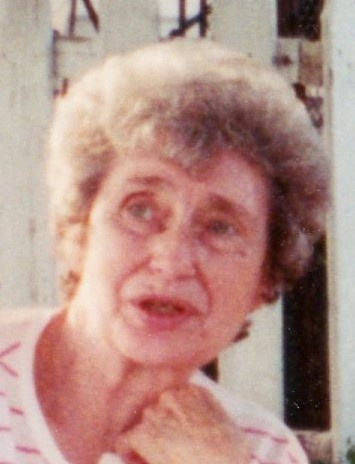 Bette A. Johnson, 89, of Aledo died Friday, October 30, 2020 at home.  Services are 10:30 a.m. Wednesday, November 4, 2020 at Trinity Presbyterian Church in Aledo. Burial is in the Aledo Cemetery. Visitation is 4-7 p.m. Tuesday at Fippinger Funeral Home in Aledo where memorials may be left to Trinity Presbyterian Church or the Pregnancy Resources. On-line condolences can be made at www.fippingerfuneralhome.com.

Bette was employed at the Production Marketing Association in Aledo and the Vernon Clark Farm Equipment and Automobile Dealership in Aledo. She raised her family and later worked at the Aledo Times Record and managed the Carpenters Shop in Aledo for over 20 years.

She was a member of the Messiah Oratorical Society at Augustana College, Trinity Presbyterian Church, Mercer County Hospital Auxiliary and Mercer County Farm Bureau. She enjoyed crocheting and singing.

She was preceded in death by her parents, husband, 2 sisters and 1 brother.

To send flowers to the family in memory of Bette Johnson, please visit our flower store.
Open