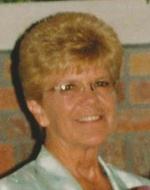 Barbara J. "Jody" McDonald Whitlow, 64, of New Boston, IL, died Tuesday, June 2, 2015 at home. Services are 11:00 a.m. Saturday, June 6, 2015 at the New Boston United Methodist Church. Burial is in the New Boston Cemetery. Visitation is 5-8 p.m. Friday at the church where a memorial fund will be established. Fippinger Funeral Home in Aledo is in charge of arrangements and online condolences can be made at www.fippingerfuneralhome.com.

She was born November 10, 1950 in New Boston, Illinois to Milton and Maxine Humble McDonald. She attended the New Boston schools. She married Albert Whitlow on November 16, 1968 in New Boston.

Jody was employed at CDS in Wilton, Iowa for many years and currently employed in the deli department at the Muscatine Wal-Mart.

In her early years, she played softball. Jody enjoyed fishing, playing cards and dice, watching hummingbirds and being with her family.

She was preceded in death by her parents, two sisters, Virginia and Cheryl, one brother and sister-in-law, Jim and Pat McDonald.

To send flowers to the family in memory of Barbara Whitlow, please visit our flower store.