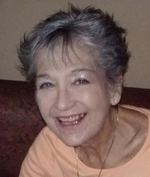 Barbara J. Holder, 67, of Aledo, Illinois died Thursday, March 27, 2014 at home. Services are 7:00 p.m., Monday, March 31, 2014 at Messiah Lutheran Church in Aledo. Private burial will be at a later date. Visitation is 4-7 p.m. prior to services Monday at Messiah Lutheran Church. In lieu of flowers, a memorial fund will be established. Fippinger Funeral Home is serving the family and online condolences can be made at www.fippingerfuneralhome.com.

She was employed by Service Automotive Warehouse in Rock Island for thirty years.

Barb was a member of Messiah Lutheran Church in Aledo where she served in several capacities and was a Stephen Minister. She attended Via de Christo Weekend #13 and was Rectora of Women's Weekend #37.

She enjoyed painting oil pastels, reading, crossword puzzles and especially being with her family.

Her parents and two brothers, Jim and Harvey preceded her in death.

To send flowers to the family in memory of Barbara Holder, please visit our flower store.