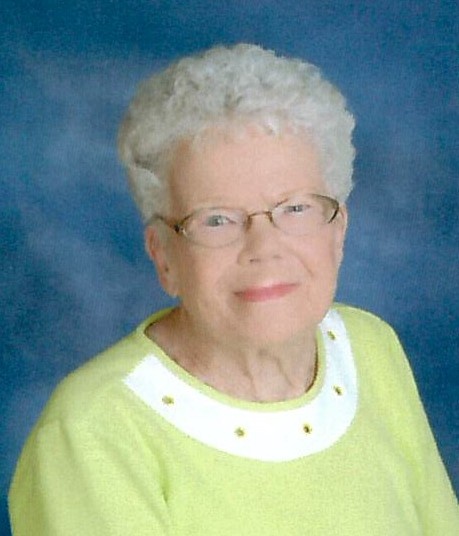 Audrey L. Lindsey, 96, of Alpha, Illinois died Saturday, May 2, 2020 at Seminary Manor in Galesburg.  Cremation has been accorded.  Private Graveside services will be June 2, 2020 in the Woodhull Cemetery.  A Celebration of Life will be at a later date.  Peterson-Wallin-Knox Funeral Home in Alpha is in charge of arrangements where memorials may be made to Bethany Lutheran Church, Shriners Hospital For Children or Woodhull Cemetery Association and online condolences can be made at www.petersonwallinknox.com.

She was born January 7, 1924 in Wheat Ridge, Co to Anton and Edna Rehn Nilsson.  Audrey moved with her family to Cedar Rapids, Iowa where she attended McKinley High School and attended the University of Iowa nursing school.  On April 29, 1944, she was united in marriage to Gerald H. Lindsey in Rock Island, Illinois.  He died in 2005.

Audrey was employed at Moorman’s Manufacturing for 23½ years, retiring in 1985.

She was a member of Bethany Lutheran Church.  She enjoyed reading, cooking, knitting and playing the piano and violin.

To send flowers to the family in memory of Audrey Lindsey, please visit our flower store.

Family to do services at later date