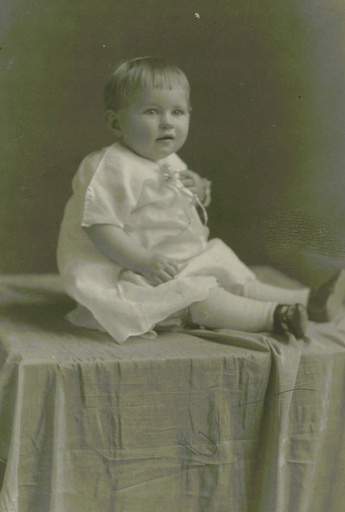 Anna M. Elas, 102, of Aledo, Illinois, formerly of Viola, Illinois died Thursday, September 29, 2016 at Genesis Senior Living in Aledo. Services are 11:00 a.m. Thursday, October 6, 2016 at Fippinger Funeral Home in Aledo. Burial is in the St. John's Catholic Cemetery in Viola. Visitation is one hour prior to services at Fippinger's where memorials may be left to the Mercer County Animal Shelter. Online condolences can be made at www.fippingerfuneralhome.com.

She was born June 6, 1914 in Bobovac, Yugoslavia to George and Katrina Loncarevich Laktas. She attended schools in Pennsylvania and Matherville, Illinois. Anna married Louis J. Elas February 20, 1933 at St. Catherine's Catholic Church in Aledo. He died in October 4, 1999.

She immigrated to America with her parents at the age of six. They settled in Matherville, Illinois. She was employed in the office at the Viola Auction Company and later operated the Viola Rock and Quarry Company. Anna was a host at the Viola Maid Rite for twelve years.

Anna was a member of St. John's Catholic Church and Viola Senior Citizens Center. She was an avid bingo player and enjoyed garage sales and dancing.

Anna was preceded in death by her parents; husband; one brother, Thomas Laktas and one sister, Mary Laktas Elas.

To send flowers to the family in memory of Anna Elas, please visit our flower store.