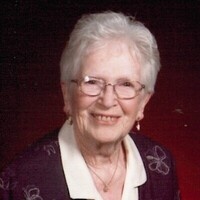 Adelaide Frances Houlihan was born May 8, 1928, at Flat Rock, St. John's East, Newfoundland, Canada, the daughter of John Francis and Mary C. (Stack) Houlihan. She graduated from St. Michael's High School in Flat Rock and received her teaching degree from Littledale College for Girls in St. John's East, Newfoundland, Canada. On Dec. 31, 1960, she was united in marriage to Donald James Hollinrake at St. Sebastian in West Los Angeles, California. Adelaide and Donald farmed in Illinois from 1970 until their retirement in 1999.

To send flowers to the family in memory of Adelaide Hollinrake, please visit our flower store.